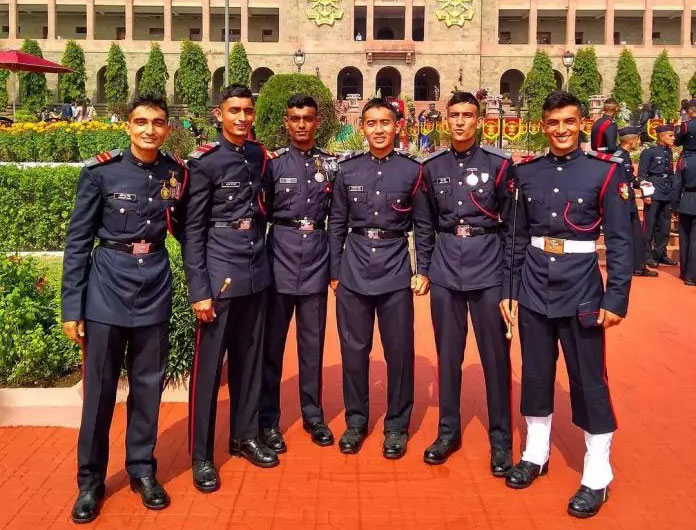 Notification of the NDA 2022

The NDA 2022 notification has been released for male and female candidates seeking admission to the Army, Navy, and Air Force Wings of the NDA and INAC. The notification is in PDF format and includes information such as the number of vacancies, exam dates, exam pattern, syllabus, course name, salary, exam centers, eligibility criteria, medical standards, the application process, etc.

To be eligible for the exam, candidates must meet the following NDA eligibility criteria:

The entire NDA exam recruitment process is outlined below:

Formal application release: Candidates must complete the online application form. The application fee is INR 100, but SC/ST/Women candidates and sons of JCOs/NCOs/ORs are exempt from paying it.

Admit card distribution: Admit cards are distributed online to all registered candidates. Candidates must log in with their registration number or roll number to download the admit card. Appearing in the written exam: The NDA written exam consists of two papers: GAT and Mathematics. The written exam is worth a total of 900 points.

Declaration of the written exam result: The outcome is available online in pdf format. The qualified candidates' roll numbers will be displayed in the result.

Appearing in the SSB interview: The SSB interview is worth 900 points. The test is divided into two stages: 1 and 2. Officer Intelligence Rating (OIR) tests and the Picture Perception and Description Test are included in Stage 1. (PP & DT). The second stage consists of Group Testing Officer Tasks, Psychology Tests, and the Conference.

Final result declaration: The final result is based on the marks obtained in the written exam and the SSB interview.

The NDA syllabus includes topics such as mathematics and the General Ability Test. The syllabus is designed for students in Classes 10, 11, and 12. The topics covered in the syllabus are listed below for candidates' convenience:

Candidates can prepare for the NDA exam by using the following advice:

The NDA admit card is made available three weeks before the exam. The official website now has a link to download the admit card. Candidates can access their admit cards by entering their roll number or registration number. A hard copy of the admit card is not mailed to candidates.

Guidelines for the NDA 2022 Exam Day

The following are the NDA exam day guidelines: