Veron Institute, Veron is the only remarkable coaching institute for Foundation Course – NDA Coaching+ 11th & 12th Class Academic Preparation + SSB Preparation/ Guidance in Amritsar(India). The qualified faculties have a passion to make every student an extraordinary cadet who would love to serve his country. Every subject taught in this institute is explained in a bilingual manner for a better understanding of every individual. The faculties aim to focus on every topic of each subject in a detailed manner and after every topic explained they encourage the students to clarify the doubts (if any). Personal attention to every individual is the motto of this institute which makes it stand out from the rest. The foundation course is designed in such a manner where the focus is also on the curriculum of the board exams along with NDA Exams Preparation simultaneously. The student-friendly environment of this place makes learning easy and simple as the faculties illustrate many different strategies for a better way to understand.

The management takes special care of the all-round development of every individual by indulging the students in physical and mental activities. Such extracurricular activities help to shape the personality and career path of every individual. Focus is laid on Group Discussions techniques which helps the students to shed public speaking fear and stage fear to become confident in their conversational skills. Located in the heart of the city ten minutes walk from the clock-tower with the best ambience, air-conditioned classroom Veron Institute seems to be a complete package of Learning and Growth for every student towards his career path. The fee structure is also flexible which helps the parents to choose it over other institutes in the city. The Veron Institute, Amritsar has become one of the most sought after coaching academy in India for NDA aspirants as it reduces the stress of going to two places NDA with schooling after 10th class with Board & Defence institute in Amritsar.

The entire teaching & preparation takes place in the school and that too within the school timings. The results of the course have been very heartening and bear testimony to Veron Institute commitment to giving the best possible guidance and learning environment to its students both in board & defence competitive exams. All Classes in NDA SIP are conducted by a team of highly experienced faculty members & retired defence officers who teach & train under the guidance of Veron Institute.

Excellence in NDA Coaching in amritsar : Emphasis on making the students imbibe the fundamental concepts of Physics, Chemistry, Mathematics, GK, English and on sharpening their analytical skills and parallel thinking process which makes them capable of creatively resolving complex and tricky problems by mere application of basic concepts for a quantum jump in their performance in NDA Preparation after 10th. Each student has the right strategy for himself /herself for TIME MANAGEMENT to ensure optimum output. This enables the students to excel not only in NDA but also in XII Board Exams.

Candidates must be physically fit according to physical standards for admission to National Defence Academy and Naval Academy. Candidates are advised to rectify minor defects/ailments in order to speed up the finalization of medical examination. The undermentioned ailments are considered, common minor ailments:-Wax (Ears), Deviated Nasal Septum, Hydrocele/Phimosis, Overweight/Underweight, Undersized Chest, Piles, Gynaecomastia, Tonsillitis, Varicocele The candidate must be in good physical and mental health and free from any disease/disability which is likely in interfering with the efficient performance of military duties. There should be no evidence of weak constitution, bodily defects or underweight. The candidate should not be overweight or obese. The minimum acceptable height is 157.5 cms. (162.5 cms for Air Force).

Entering into the defence forces & serving the nation is a matter of pride & dream of many of the students. They start seeing their dream from early childhood & want to give a shape of their dream right 10th board exam. Since nda entrance offers a great opportunity to enter into Indian defence forces i.e. army, navy & air force at the position of officers right after 12th. So it becomes mandatory for these defence aspiring candidates to start their preparation at least one to two years before they become eligible to appear in nda exam. As a parent when you become aware of your child’s dream, then you start searching for right guidance & a best coaching for nda for your ward. We know this is not an easy task for you. But now, you don’t need to be worry for anything because your search for nda coaching after 10th ends here. We are a leading coaching institute for nda written exam preparation offer 2 years nda coaching for 10th passed students. This nda course curriculum is designed by the best nda trainers hail from top colleges & universities. 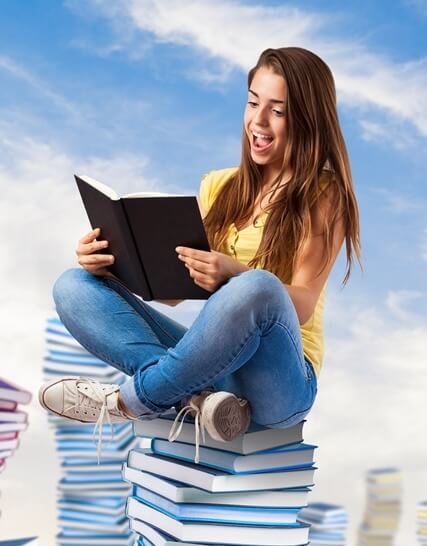