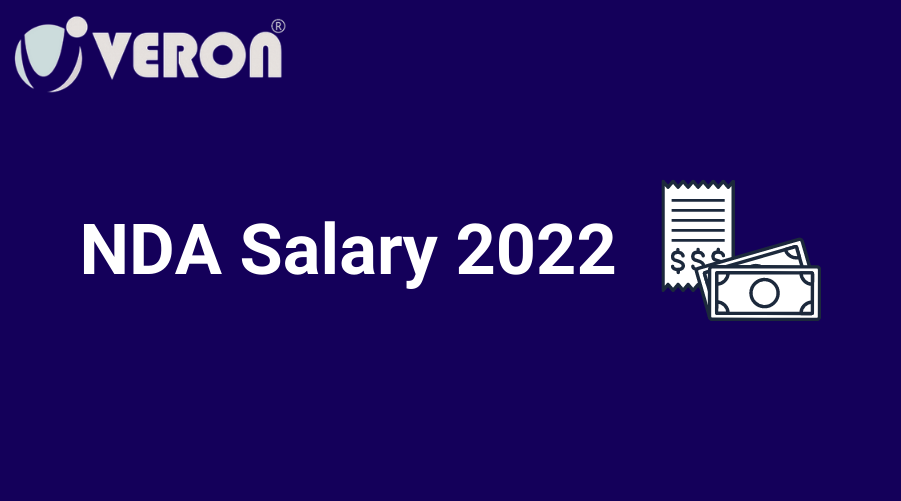 NDA Salary 2022: As we all know, the official notification for the NDA I 2022 Exam was issued on December 22nd, 2021. The pattern, dates, syllabus, and so on have all been released as part of the NDA Official Notification. The Salary Structure, Promotion Policy, and Training Stipend are all discussed in this article.

After passing the NDA exam, candidates are given three years of preliminary academic and physical training at the National Defence Academy, an inter-service institution.

The first two and a half years of training are shared by cadets from all three wings, namely the Air Force, Army, and Navy. After completing their training, all cadets will be awarded degrees from Jawaharlal Nehru University Delhi, as follows: -

(a) Naval Cadets are chosen for the Navy's Executive Branch after graduating from the National Defence Academy. They will receive one year of additional training at the Indian Naval Academy in Ezhimala before being promoted to the rank of Sub Lieutenants.

(b) Candidates selected for the Naval Academy under the (10+2 Cadet Entry Scheme) will be inducted as Cadets for a four-year B. Tech course per Naval requirements. Jawaharlal Nehru University will award a B. Tech degree upon completing the course( JNU).

(a) Air Force Cadets will be trained to fly for 112 years. They will also be given a provisional commission as a Flying Officer at the end of a year. They will be inducted as permanent commissioned officers on a one-year probationary basis after six months.

(b) Cadets from the Air Force Ground Duties Branch will receive one year of stream-specific specialist training. They will also be given a provisional commission as a Flying Officer at the end of a year. They will then be appointed as permanent commissioned officers on a one-year probationary basis.

Aspirants who want to serve their country can review the list to learn about NDA promotions given to officers in the Air Force, Army, and Navy based on their performance and years of service.