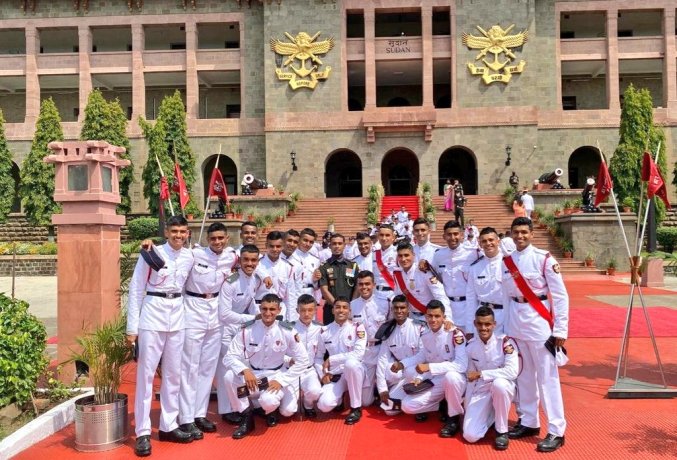 NDA Syllabus 2022: The National Defence Academy (NDA) is the Indian Armed Forces' Joint Services Academy. The Union Public Service Commission (UPSC) holds the National Defence Academy (NDA) Exam every year. The NDA is a national-level exam that is given twice a year. Male candidates compete for one of India's most sought-after defence jobs, which is to join the Defence Forces as an officer. The written test will select eligible males and females for the NDA, followed by the personality test.

The NDA written examination consists of the mathematics and General Ability Test (GAT). Boys and girls who want to apply for NDA 2022 should start preparing for the written exam by reading the detailed NDA Syllabus 2022 discussed in this article. According to the UPSC Calendar 2022, the NDA 1 Exam will be held offline on April 10, 2022, and the NDA 2 Exam will be held on September 4, 2022.

Check the important points of the NDA 2022 Syllabus and Exam Pattern in the table below.

NDA 2022 Notification Out for NDA 1 Exam- Click to Check

Let's look at the NDA Exam Pattern before we get into the NDA Syllabus. The mathematics paper will have 120 questions worth 300 points, and the GAT will have English and GK papers worth 200 and 400 points, respectively.

After clearing the written exam of NDA, candidates have to appear for the SSB Interview rounds. The pattern of NDA Interview is as mentioned below:

Students must read the NDA 2022 syllabus in detail for both sections. The level of the questions will be up to matriculation. The NDA questions paper will be based on the most recent NDA 2022 exam pattern and syllabus.